All Collections
Getting Feedback
The Feedback Stream

Written by Ed
Updated over a week ago 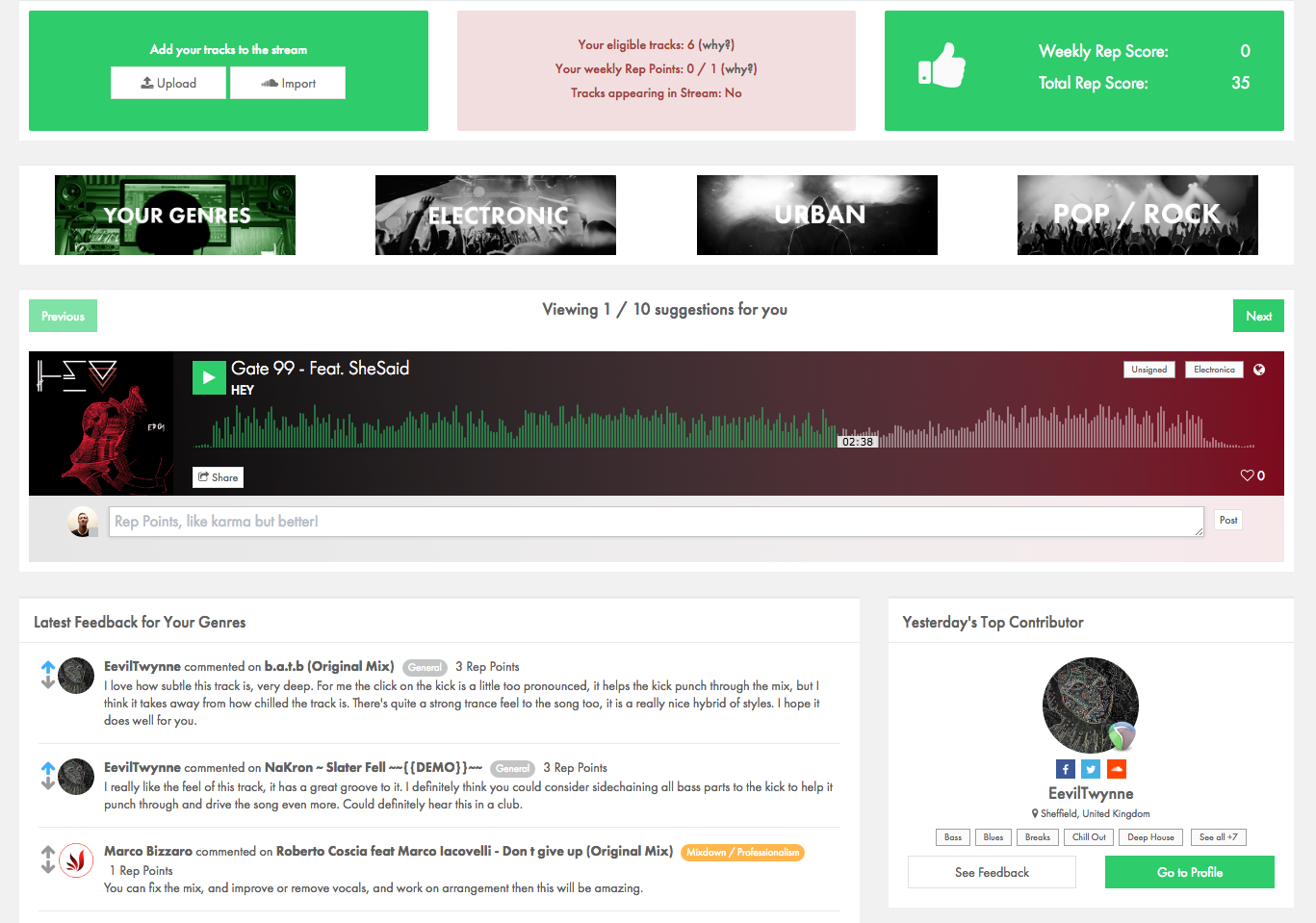 The Feedback Stream is a free feature which allows you to 'give feedback to get feedback' from other active members in the Audiu community. Here are some commonly asked questions:

How do I add my tracks to the Feedback Stream?

Simply upload or import tracks to Audiu and make sure:

How do I get feedback on my tracks?

Earn Rep Points by leaving constructive feedback for other artists. Useful comments will earn Rep Points when the artist (or anyone else) upvotes it. You must earn at least 1 Rep Point per week in order for your tracks to be displayed on the stream.

What are Rep Points?

You earn a Rep Point every time someone 'upvotes' one of your comments. Rep Points are often awarded by the original artists, but anyone can upvote any comment which they think is useful.

How does the system decide which tracks to suggest?

The following factors are considered by the system when suggesting tracks to users:

What kind of feedback should I leave?

Constructive feedback will receive the most Rep Points. Here are some tips:

Go to the Feedback Stream

Did this answer your question?